You have to understand…it is my opinion that if not for marching bands football would not exist.  You see, American football began in 1869; the American version of Rugby first explored between Rutgers and Princeton.  However, marching band originated with traveling musicians who performed together at festivals and celebrations throughout the ancient world. Those musicians didn’t have to have yard lines and hash marks to create their pageantry.  However, when football added such markers to our field we allowed it and took advantage of it.  Although, in the early days we only paid attention to the center yard line otherwise relying on periphery, dress and cover.

Nevertheless, we did make our way to Oxford, MS this weekend where they were using the marching band field to play football before and after the band’s performance.  I’ll tell you about that in a bit but first I have to tell you about the phenomenon called “The Grove”.

This is The Grove on a beautiful sunny day… 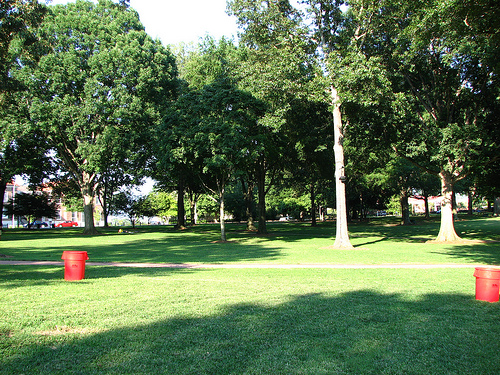 This was The Grove on game day…

There’s really nothing that compares and I honestly don’t get it.  Being shoulder to shoulder with that many people for that long is not my thing.  However, they all seemed to be having the time of their lives.  For the Record…diversity is alive and well at Ole Miss. We saw it all…every race, creed, color and sexual orientation.  We saw couture fashion, prepster, soroity girl/stepford wives, fraternity boys/buster brown, wal-mart mothers and daughters, duck dynasty fathers and sons, blatant ticket scalpers, cigar smokers, back pocket bottle butts, red cup rovers and numerous future AA members.

It’s not an election year but even infamous politicians were there.

There is a huge amount of school pride and spirit on display.  Of course, the marching band is the highlight of the day for many loyal fans.  Being an alumnus of Southern Mississippi we always said “you can’t be the Pride of the South if you’re not The Pride of Mississippi”.  Nevertheless, I have great admiration and a long friendship with Director of University Bands, David Willson.  He no longer does the marching band and it shows…that’s all I’ll say about that.

Ole Miss has been going through an identity crisis for several years.  However, in The Grove they are The Ole Miss Rebels and their mascot is still Colonel Reb.  I understand the stigma but I honestly don’t feel the tradition holds any prejudice.  They can continue to try to do away with Colonel Reb but there’s no visible signs of Bears or Land Sharks in The Grove.  And, how ironic that they would get rid of one symbol for a given reason and then give the new one a distinctive color…just makes no sense. 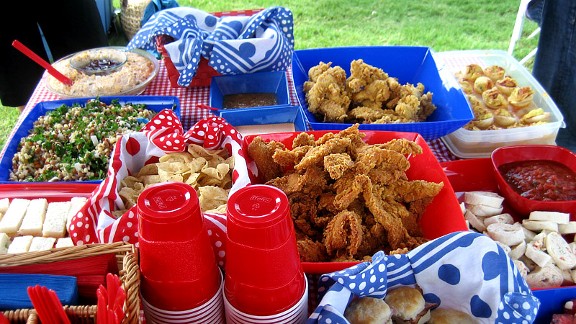 Of course, the thing I liked most about The Grove is the way people display their “southerness”….glorious food and the textbook definition of it’s not done ’til it’s overdone. Lots of tents now have big screen TV’s, some have live music and all have cold libations…although somebody created a rule that you have to keep the adult beverages under the table…again, makes no sense…MERCY!!!  We were fortunate to be guests of friends that spared no expense on delicious food.  We had beef tenderloin in rolls with horseradish sauce, amazing pasta salad, divine deviled eggs, Abners fried and grilled chicken tenders, Black-eyed pea salsa, fresh guacamole and several sweet treats including specially designed cookies to celebrate an engagement in the family.  We are so excited about planning a summer wedding….of course, it can’t be a fall wedding because it might conflict with tailgating in The Grove.

I did promise I would speak about the game.  I know his ego’s the size of the state he lives in but Johnny Manziel is amazing to watch.  I’ve never thought about the game of football being intellectual. Statistical, yes. Organized, yes. Studied, yes. But, his actions and motion on the field look like that of a skilled surgeon.  There’s never any panic.  Even when it appears the other team has ruined the plan he gracefully and efficiently maneuvers to plan B.  I didn’t see any of those kinds of efforts from Ole Miss.  They often appear to be playing ball in the backyard at grandma’s.  However, I must say I think Hugh Freeze is as smart as Johnny Manziel.  He finds a way to turn those unrefined moves into touchdowns and field goals.  The game wasn’t always pretty and it was a tough loss for Ole Miss but in the end a win is a win for A & M…and there’s always next year when Johnny Football will probably be testing out his skills among those with comparable skill sets in the NFL.

While it was a soggy afternoon many of the tents were lovely and a good time was certainly had by all!!!