It’s Mother’s Day and it’s taken me a while not to be totally depressed on this day. Time has helped create a shifted focus regarding how I think of mom and this day.  I’ve come to realize and actually celebrate the idea that Mom is with me always.  In fact, she and Brandt’s mom Helen have shown up, not just in our hearts and minds but in a more physical way.  Two doves showed up at our wedding.  We lovingly called them Helen and Fay.  Well, the next week we were moving into the farmhouse and noticed two doves playing in the yard. Helen and Fay had followed us from Downtown Memphis to Byhalia.  It’s been twenty months and they continue to make themselves present at the most perfect times. Sometimes in the front yard; sometimes in the back.  But, they are still with us.

Yesterday we had lunch with chosen family and to celebrate Mother’s Day we each spoke about our mother’s. Of course, I told about Mom’s “Chicken Dressing” and Coconut Cake.  In 2012, before I started the blog, I wrote the following account about Helen and Fay and some of their most cherished recipes. 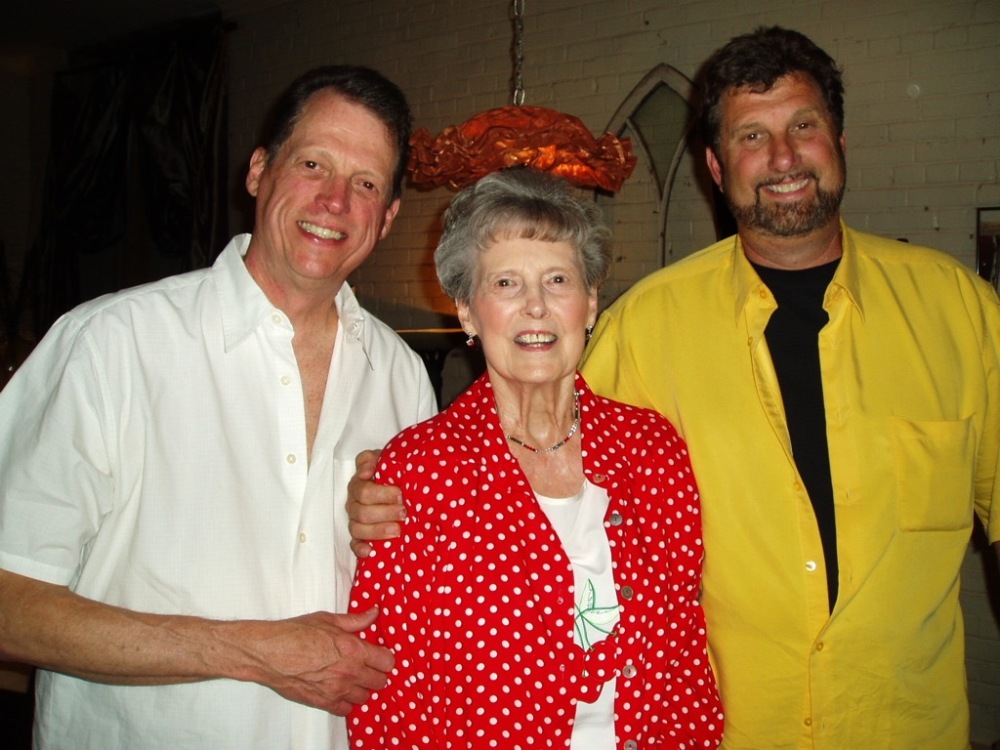 Brandt and his cousin Susan, precious daughter of Helen’s sister, Mackie get nostalgic at the mention of “Pea Salad”. 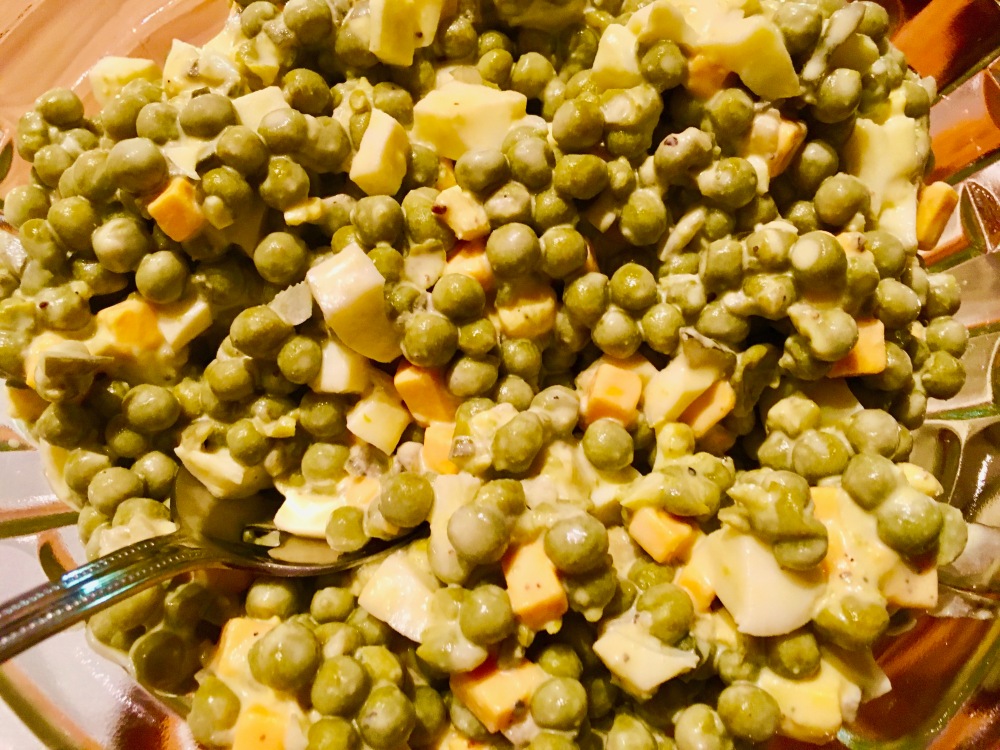 AND Salad Dressing, not Mayo…I know…I’m just telling it like it is/was

Salt and Pepper to taste

Amounts and measure has to do with how many you’re serving.  Drain peas, add cheese, salad dressing, relish, salt and pepper and mix gently but thoroughly.  Gently fold in eggs so it doesn’t become more like stuffed eggs…careful to not mash the peas or smash the yellows of the eggs.

I would share Creamed Bacon Eggs on Toast but it’s not an exact science.  I do it and sometimes I hit it and sometimes Brandt just eats it anyway.  If you’re interested let Brandt tell you about it. (Since I wrote this in 2012 I’ve gotten better and more consistent)

Helen did a FABULOUS Caramel Cake but she took that recipe with her.

We miss her sweet spirit and the zest for life she carried with her every day.  When you have Pea Salad just know Helen’s spirit is not far away. 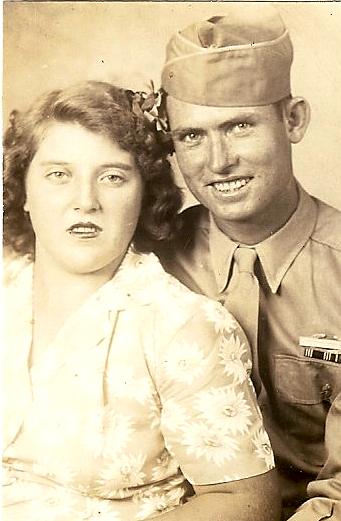 I get my love of all things food related from mom.  She was the quintessential Southern Belle.  She never drove and was always “at home” should anyone need her for anything. She vacuumed the floors twice a day.  She washed and ironed our clothes, changed the linens weekly and I never used a bath towel twice. My fondest memories of mom involve the kitchen. I would be financially wealthy if I had the money for all the times she made “chicken dressing”  and coconut cake.  Here is how mom made chicken and dressing.

Cut up the hen, cover with water, add salt and bring to boil; then simmer until the meat is fall apart tender. Bake cornbread in family sized black skillet; not daddy’s everyday cornbread skillet (I have both if you want to see them).  While chicken and bread are cooking chop onions into a large stainless mixing bowl.  When bread is browned turn it out into the mixing bowl and cut into several pieces to cool; put a small piece in a glass with cold milk for daddy or Tim; whichever one walks by first.  When the chicken is tender remove pieces from the stock and cool enough to take meat from the bones.  Add the cooled meat to the bread along with any day old biscuits or “heels” of “loafbread” that’s in the freezer saved for the next “pan” of dressing.  Add as much sage and black pepper as you think it needs; knowing that Quindel (daddy) will come along later and add more; don’t get it just right ’cause when Quindel adds his then it’ll be “so hotcha can’t stand it”.  No matter what, when he does begin to add his seasonings you have to say, “ Now daddy, don’t get it so hot we can’t stand it”.

Sorry, I got distracted and teary.  Add enough stock to soften the bread and mix with your hands to make sure there’s no lumps of cornbread.  Add more stock (mother called it broth) to the point that the dressing is smooth.  Careful not to get it to “soupy” as it takes too long to bake.  But, make sure there’s enough stock ’cause you don’t want to have to apologize for the dressing being “a little dry”.  Mix well and put in a big Tupperware bowl and chill until ready to bake.  Bake dressing at 350 until it’s “just set” and golden brown.  Try to time the baking so that it comes out of the oven just in time to serve “hot as a firecracker”.

I do Giblet Gravy because Brandt likes it.  Mother NEVER did because good dressing is “moist” and doesn’t need gravy.

You all have seen the lemon/lime congealed salad.  Some of you have heard me tell that mother called it “green salad”.  She did it in a bunny pan at Easter and a tree pan at Christmas.  In later years she did a strawberry salad with sour cream in between the layers of jello mixture but “green salad” is my favorite.

Small can of Crushed Pineapple

Mix jello as stated on box; blend in mayonnaise ‘til smooth; add remaining ingredients and chill ‘til firm.

She was famous near and far for her Coconut Cake.  There was nothing magic about it other than the main ingredient was love.  It was simply Duncan Hines (not Betty Crocker) Yellow Cake, Seven Minute Icing and Angel Flake Coconut.  I didn’t like it…not sure why but the rest of the world loved it. 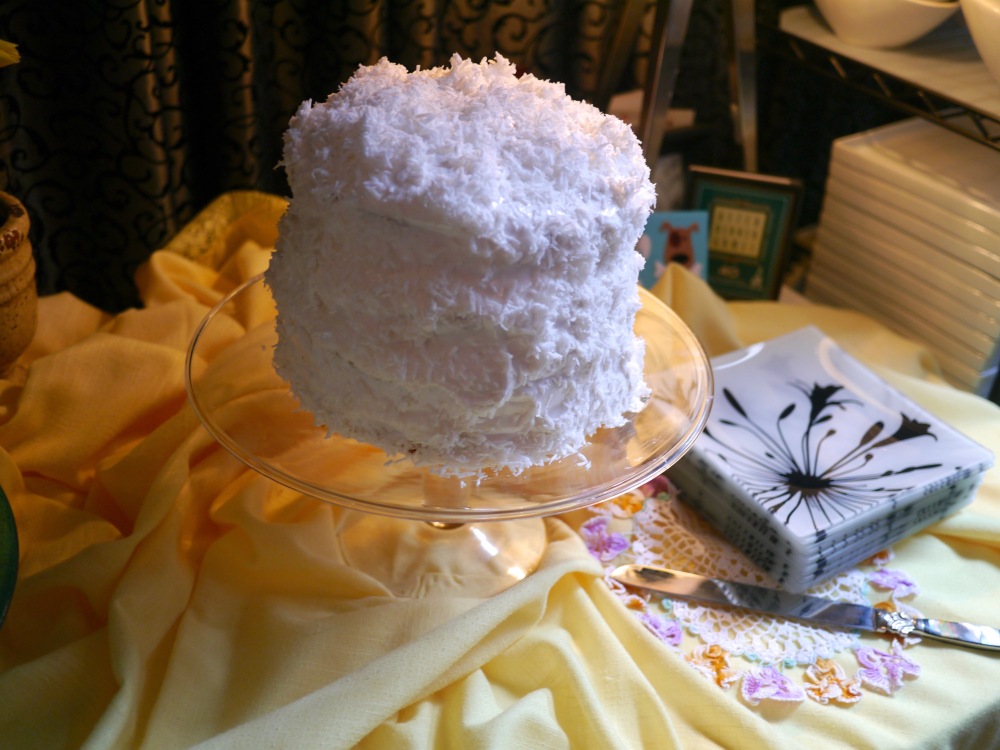 She was the sweetest mother in the world and though I miss her every day I’ve come to feel her near me almost more now that when she was here physically.

These were our sweet mom’s.  While their styles were different they definitely made sure their house was lovely and a good time was had by all.

Happy Mother’s Day to Helen and Fay…your boys love you!!!