If you live anywhere near Memphis you owe it to yourself to see the current production of A Chorus Line at Theatre Memphis.  Those of you that know me know that I’m a bit jaded.  I’ve performed, directed, judged and viewed a lot of performances and many different genres.  Yes, I have a bias toward ACL.  The first professional production I saw was ACL in Chicago in 1978. Since 1997 I’ve lived with an original Broadway cast member. Baayork Lee put up a wonderful touring company and we saw it when it came through Memphis. In 2006 we attended opening night of the revival. This is a bold statement but the Theatre Memphis production has more heart and captures the spirit of Michael Bennett more than any production I’ve ever seen.  These young people are brilliant. No, they are not all professional dancers but they are all masterful story tellers and the vocals and orchestra are unparalleled in Memphis.  I was honored to be involved in the Opening Night Gala and wanted to share the festiveness with those of you that couldn’t be there.

Gold was the theme of the evening. I used yellow gerberas, tulips, roses and forsythia. This is one of the tablescapes in the TM black box theatre.

Terry Woodard of Woodard Photography took an image of Brandt’s hat that he got to keep when he left the Broadway company to go to the London company.  I used the images on the tables for a bit of nostalgia.

Gerberas “on the line” 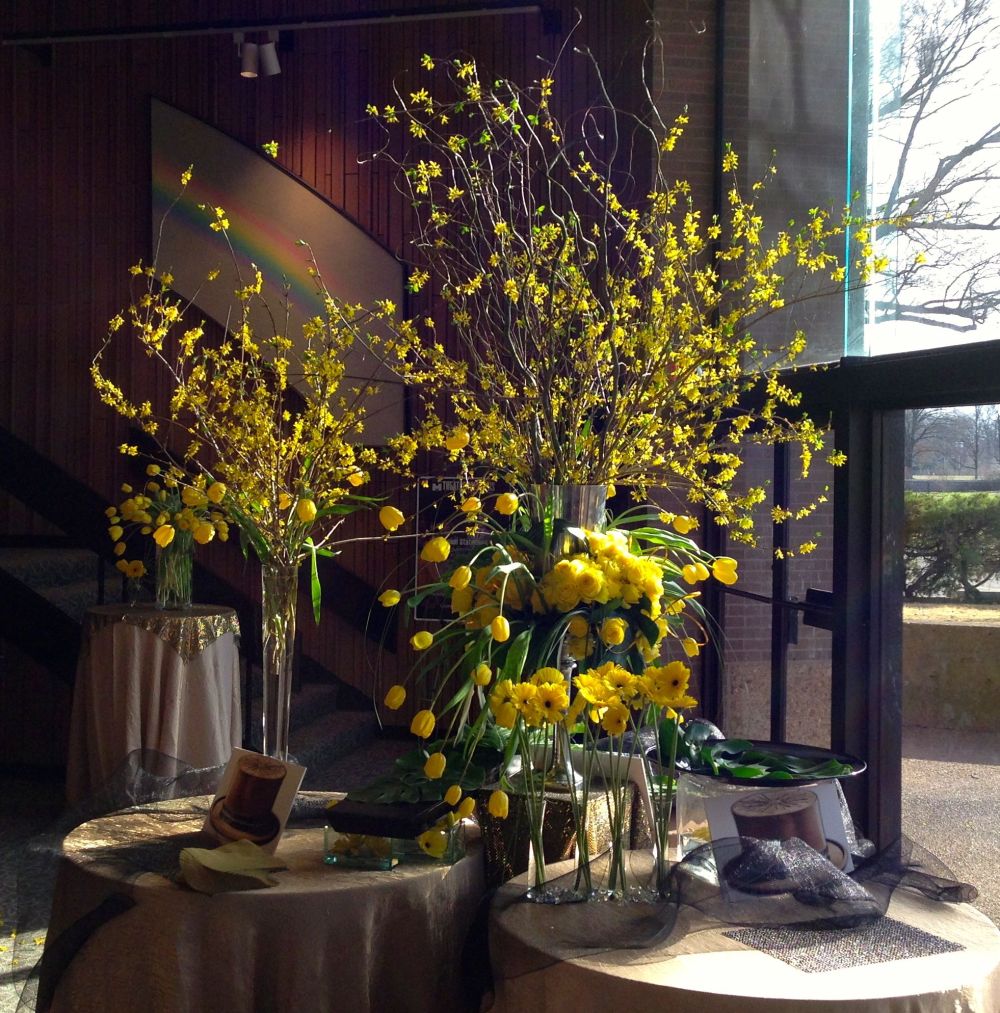 California tulips reaching out saying “Daddy, I would love to dance.” 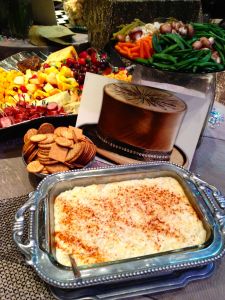 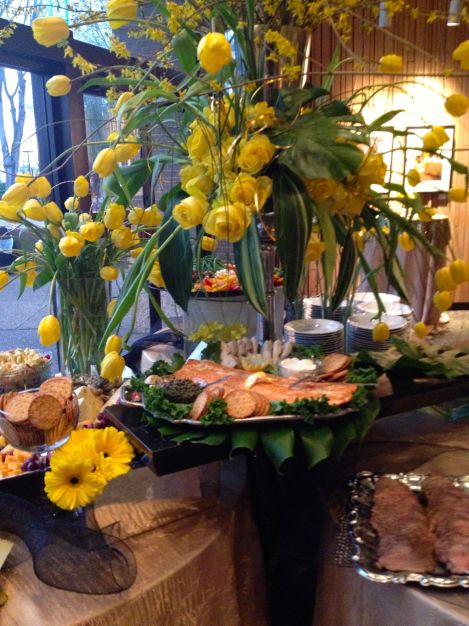 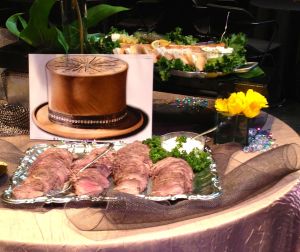 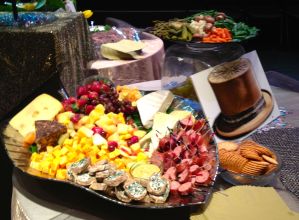 I love the vet and the prodigy surveying the house. Cody was one of the actors originating Flounder in the Broadway production of Little Mermaid. 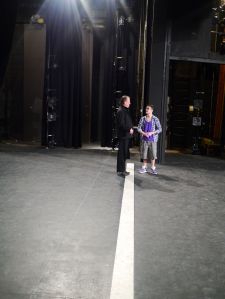 Brandt covered the role of Mark on Broadway.  At TM young Cody plays Mark…and carries the torch like a pro.

Pardon the boast but the house was lovely and sources say a good time was had by all!!!